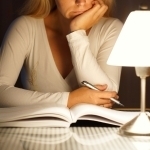 If you are using the Compass School Feng Shui this is a must read article on what is happening with magnetic north. Click on this link to read

“Magnetic north shifting by 30 miles a year, might signal pole reversal”
The magnetic pole is moving faster than at any time in human history,
causing major problems for navigation and migratory wildlife.

Feng Shui developed thousands of years ago in little villages of the Orient.  It was called Folk Feng Shui because each village had there own guidelines on how to use it.  Their livelihoods were dependent on it.  They studied the formations of the land and ways of the wind & water (Feng Shui translated means the way of Wind & Water) to determine the best sitting for their survival.  Over time Feng Shui developed and was used by emperors to ensure their success.

The original Feng Shui Masters were hired by emperors to wage war. It is said that they had the power to manipulate the wind, water and fog to help the outcome of battles. Folk Lore has it that the Emperor was fearful that they would use their skills against him, so he ordered the Feng Shui Masters put to death.

Many of the Feng Shui Masters went into hiding in the Buddhist Monasteries in fear for their lives.  Many Monks were trained in the ways of Feng Shui.  This is why today there is a Black Hat School of Feng Shui today.

This is the origin of Feng Shui and what is called Form  Feng Shui School.  It addresses the energies of the roads, rivers, mountains and placement of structures in relationship to them.  It’s premises are based upon Mother Nature not man (as you will see in the Compass School description).   Please read the article “Everything is Energy” on this site for more detailed information on this School.

Typically you will find that Feng Shui School is utilized with either Black Hat School or Compass school but not both.

The Black Hat Feng Shui School  uses what is called the Ba-Gua.  When you occupy a structure it is important to create and set the electromagnetic field for that structure that you desire.

The Later Heaven Pa-k’ua, which was based upon compass directions, has been transformed into the Ba-Gua, the eight sided symbol that represents the eight stations of life, which is based upon the location of the entrance to your structure (not a compass).   The Ba-Gua is activated by the group mind.

To understand the group mind I will tell a story that I have heard many times.  It is called the 100th Monkey Syndrome.

There were several small, uninhabited islands.  Monkeys were the only creatures living on these islands.  There was no accessibility between islands.  They monkeys survived by digging for roots for food.

A group of scientists came to one of the islands to do research.  One of the scientists befriended one of the monkeys and taught the monkey  to take the roots to the ocean and wash them before eating them.

The group of scientists finished their work and returned home. Back on the island the one lone monkey taught all of the monkeys on that island  how to wash their roots before eating.

When the scientists returned months later, they found that on all of the other islands all of the monkeys were washing their roots before eating.

It is said that, once a thought form is accepted by 100 people, that thought form becomes part of the psychic web and becomes common knowledge or the group mind.  This group mind is very powerful because it is accepted and believed in by the masses.

“Men go abroad to wonder at the heights of mountains, at the  huge waves of the sea, at the long courses of rivers, at the  vast compass of the ocean, at the circular motions of the stars; and they pass by themselves without wondering.”

When you read about any specific compass direction i.e.; northeast, southwest, you are reading about Compass Feng Shui School and the Lo Pan.  This schools is based upon thousands of years of data and is a man made system.

The history of the Lo Pan compass takes us back to the Chou dynasty (770-476 BCE), when emperor Shing combined the knowledge of the compass with that of the I-ching.  The Compass consists of a magnetic needle that point towards magnetic north not true north.  The foundation of the I-ching is in the trigrams.

The trigrams are the set of three broken and/or solid lines that you typically find around a Chinese mirror.

In Traditional Compass school these trigrams “determine the divination of fortune” as Evelyn Lip as written.  The traditional Lo Pan has 36 rings of information.  These trigrams occupy the first circle of the luopan.  How these rings line up with the compass and the combination of the reading of these rings determines your fortune.

The Inaccuracy of reading degrees on the Compass

The history of these solar fluctuations can be found in the earth’s tectonic plates.  It is believed that at one time all of the continents of the earth were connected.  It is also believed that the effects from on solar system and galaxy have caused the shift to the separate continents.

Magnetic North and True North (the Earth’s axis) although thought to be one in the same, are not.  Magnet North moves an average of 40 kilometers every year. In the last 100 years Magnetic North has moved approximately 1200 kilometers.

This difference between Magnet North and the True North is called Magnetic Declination.  Magnetic North is also thought to be a specific point on the planet, but is not.  It is an average point that travels in an elliptical shape that can vary as much as 160 kilometers at any given time.

When the vibration from the solar wind hits the earth, it disturbs the electromagnetic field of the earth, which vibrates the magnetic pole, moving magnetic north in this elliptical shape.   The greater the intensity and amount of solar wind will determine the elliptical movement of Magnetic North.

Check out  this video on the effects of a cell phone on a compass.  The evidence speaks for itself.

The addition or subtraction of the Magnetic Declination to your compass reading will give you a close reading, however, it will not be accurate degree because magnetic north is in constant movement.

The Magnetic Declination will depend upon your location.  “Magnetic declination is zero along a line that runs west of Hudson Bay, past the western tip of Lake Superior, to the west of Chicago, through the Gulf of Mexico then down the west side of South America and so.  Another agonic line passes through Scandinavia, central Europe and then into Africa before curving up through Asia.” says Larry Newitt

”’Our planet’s magnetic field is in a constant state of change, say researchers who are beginning to understand how it behaves and why.”’http://science.nasa.gov/headlines/y2003/29dec_magneticfield.htm

“Considering that ships, planes and Boy Scouts steer by it, Earth’s magnetic field is less reliable than you’d think. Rocks in an ancient lava flow in Oregon suggest that for a brief erratic span about 16 million years ago magnetic north shifted as much as 6 degrees per day. After little more than a week, a compass needle would have pointed toward Mexico City.”
http://www.psc.edu/science/glatzmaier.html

The origin of solar-terrestrial physics is generally traced to Sabine’s  recognition in 1852 that geomagnetic activity paralleled the recently discovered  sunspot cycle.
Adding to the difficulty, the elements of the Earth’s magnetic field  (declination, horizontal force, vertical force) at any given station exhibit  both daily and storm variations that are primarily due to the Sun’s  ionizing-electromagnetic and corpuscular emissions, respectively.

Magnetic declination has a very important influence on air navigation, since most aircraft instruments  are still designed to determine headings by locating magnetic north through the  use of a compass or similar magnetic device. Charts and databases used for air  navigation are usually based on magnetic bearings rather than true bearings, and  the constant and significant change in the actual location of magnetic north and  local irregularities in the planet’s magnetic field require that charts and  databases be continually updated to reflect changes in these bearings.http://en.wikipedia.org/wiki/Magnetic_declination

“The North Magnetic Pole is continually moving in an irregular path around its average position because of fluctuations in the magnetic field.”
The rings and reading of the Lo Pan Compass, includes measurements as small as 1 degree.  Two or more of the 36 compass rings are lined up to divine your fortune.  See the picture below. 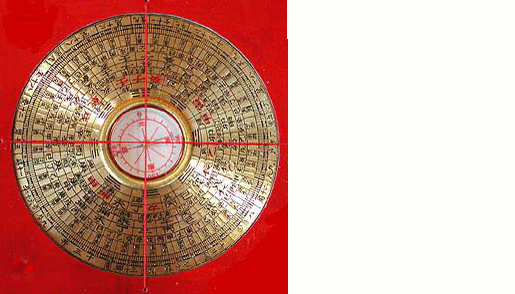 The constant movement of Magnetic North dilutes the accuracy of reading degrees on a compass.   In today’s solar environment, obtaining an accurate reading of your fortune using degrees of the compass is like telling the earth to stand still.

This information does not impact interpretations based upon generic directions.

Make a difference in your life, I Guarantee It!

As you use 20 Minute Feng Shui, you will find over time that the very situations and experiences that you used to find the most exhausting or disturbing will become less and less so, until you may even forget that you used to have those kinds of experiences.   If you have 20 Minutes a day to dedicate to your to your life “I guarantee Feng Shui will work  in your life.”

Click here:  How can I find out more about  20 Minute Feng Shui?